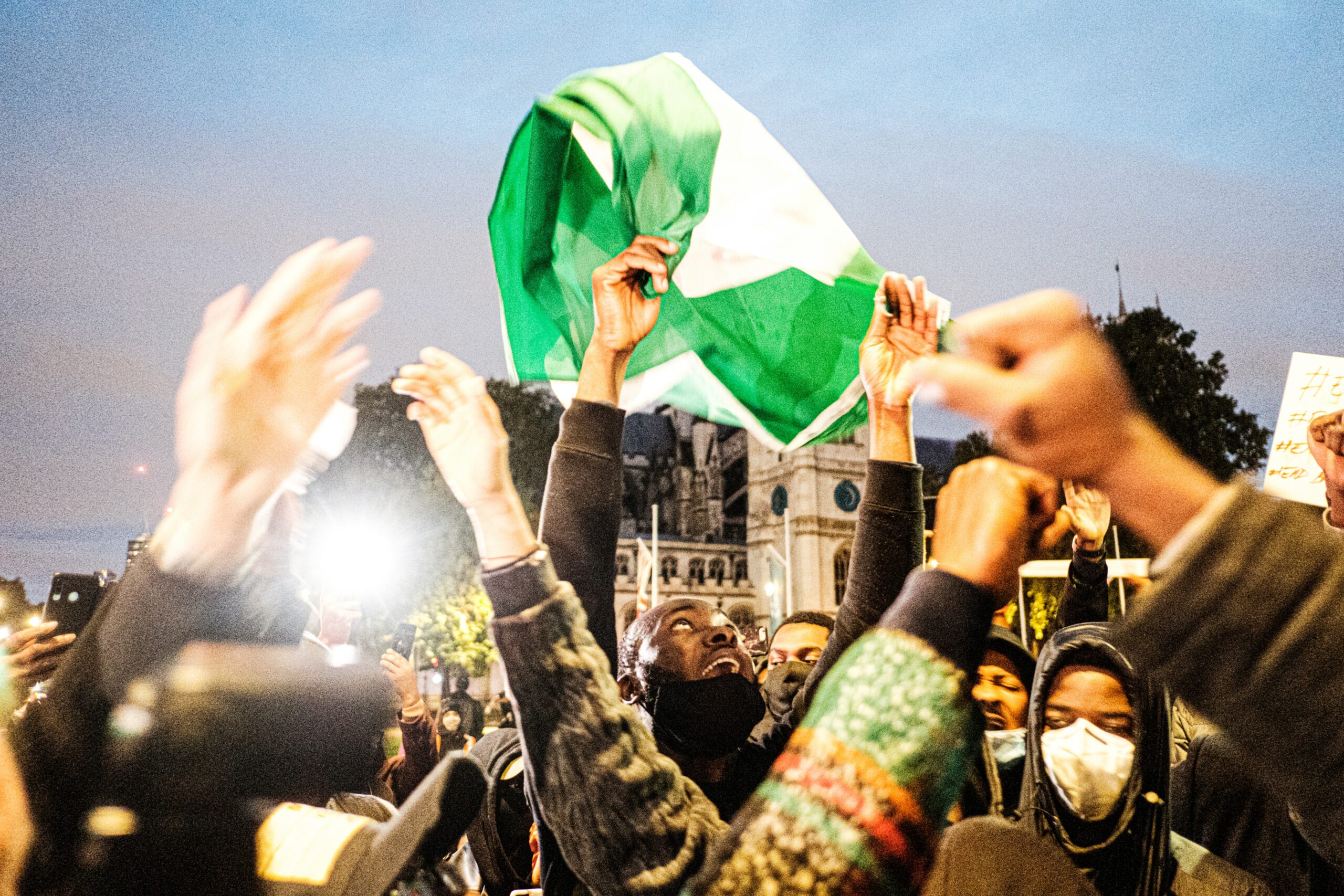 NIGERIA – On 18th May 2022, eight AfriPAHR Steering Committee members sent a letter to H.E Muhammadu Buhari, President of the Federal Republic of Nigeria calling for swift and necessary measures to secure the immediate release of Leah Sharibu and implement effective measures to build citizen trust and well-being by advancing rule of law and human rights for all in the country.

We, the undersigned parliamentarians from the African region, write to you as the Steering Committee members of the African Parliamentarians Association for Human Rights (AfriPAHR), a pan-African network of parliamentarians committed to ensure that every person’s human rights are protected, and all enjoy democracy and freedom of thought, conscience and religion, as free and equal citizens. We respectfully request Your Excellency to take swift and necessary measures to secure the immediate release of Leah Sharibu from the Islamic State West Africa Province (ISWAP). We also request Your Excellency to implement effective measures that build citizen trust and well-being by advancing rule of law and human rights for all and strengthening transparency and accountability in the country.

It has been more than four years since Ms. Leah Sharibu was abducted together with 110 girls when the Government Girls Science and Technical School in Dapchi, Yobe State, Nigeria were attacked by the Islamic State West Africa Province (ISWAP) on February 19, 2018. It was reported that five students were killed in the abduction and the remaining students, except Ms. Sharibu, returned home. Ms. Sharibu who was 14 years old at the time of the abduction, continues to remain in captivity because of her refusal to convert her religion to Islam, a demand by ISWAP.

Although both the Federal government and the Yobe state government have repeatedly promised her safe return, we express our alarming concerns over the lack of decisive action being taken by authorities to secure Ms. Sharibu’s immediate release. Boko Haram and its splinter group ISWAP have set a dangerous precedent by committing several mass-student kidnappings such as the 2014 Chibok kidnappings, 2018 Dapchi kidnappings and others in the country. The youth are the building blocks of any nation and the main agents of progress and change for a better future. It is the responsibility of the State, including its leaders and security authorities to safely bring back civilians from captivity and provide safe and non-threatening environments where all can live without fear of violent extremism and hatred.

The Federal Republic of Nigeria has obligations under Article 33 of its Constitution to protect everyone’s right to life and Article 38 guarantees everyone’s right to freedom of religion or belief and provides protection from coercive conversion. Nigeria has also ratified various other regional and international instruments that guarantee these rights, in particular, the African Charter on Human and People’s Rights, International Covenant on Civil and Political Rights (ICCPR) and Convention on the Rights of the Child (CRC). Therefore, we urge Your Excellency to routinely and proactively investigate all leads that can help know Ms. Sharibu’s whereabouts and her well-being so that she can be safely brought back to her family. In the process, Your Excellency should also identify those responsible for her abduction in a timely and transparent manner and prosecute those responsible to the fullest extent of the law.

Moreover, we view Ms. Sharibu’s case as part of the wider challenges faced by the Federal Republic of Nigeria due to ongoing violent insurgencies and abuse, political instability and extremism. Reports by Human Rights Watch (HRW) note that armed groups, which have emerged following conflict between nomadic herdsmen and farming communities in Northwest Nigeria, have carried out widespread killings, kidnappings and looting across several states, which has resulted in the massive internal displacement of civilians. Boko Haram and splinter groups also continue to commit grave human rights abuses, including killings and abduction of civilians, especially young girls and women. Additionally, the country is also facing increased poverty and unemployment levels, human rights abuses and excessive use of force by security agencies, lack of transparent investigations into human rights violations and corruption.

Long-drawn violent conflicts and general political instability have devasting impact on the workings of a country and its people. Civilians experience widespread displacement, and brutal violence and constantly live in fear as their basic human rights are abused, neglected and remain unprotected. They may also feel they are unable to express their democratic rights, may harbour feelings of exclusion and marginalization and become disillusioned by political and judicial processes. It is the responsibility of the State, including political leaders, security agencies, judiciary and other relevant formal institutions to instil trust and confidence amongst the public by ensuring good governance, swift justice and equality and dignity for all. We urge Your Excellency to undertake measures that bridge the divide between citizens and state and put the well-being and safety of its people before anything else.

In view of the above, we urge Your Excellency to show leadership by:

• Routinely and proactively investigating all leads that can help know Leah Sharibu’s whereabouts, identify those responsible for her abduction in a timely and transparent manner and prosecute those responsible to the fullest extent of the law;

• Undertake measures that will build citizens’ confidence in the State through communicating with the public, especially affected communities, providing social services to traumatized populations, and transparent investigations that uphold human rights and provide justice;

• Establish or strengthen already-existing good governance institutions and structures that prioritize transparency, are inclusive and resilient and help deepen democracy; and

• Protect everyone’s fundamental human rights and tackle the wave of extremism and hatred through education and dialogue that can strengthen societal resilience and engrain values of equality, empathy and solidarity.

Please note that any parliamentarian who has signed this letter has done so in their personal capacity and not in any way representing their political party, government etc.